Haudenosaunee Statement on the Doctrine of Discovery

Eleventh Session of the United Nations Permanent Forum on Indigenous Issues
7-18 May, 2012
Agenda Item 3 – May 8, 2012
Haudenosaunee Statement on
the Construct Known as the Doctrine of Discovery, A History
A Seat at the Table 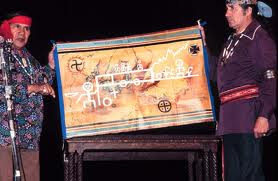 The Haudenosaunee take this opportunity to thank Ms. Cunningham for her work as past Chair of the UNPFII, and to extend our hand in support of Grand Chief Ed John as the new Chair of the Permanent Forum.


With the adoption of the Declaration on the Rights of Indigenous Peoples by the General Assembly of the United Nations, we finally took our place at the table of humanity in 2007. We now embark on the next journey which is to implement the articles of the Declaration.  In order to do that, the general public must be educated as to the history of how the present circumstances of indigenous peoples came to be.  I will invoke an old adage at this time to frame the context of the issues facing indigenous peoples: “If you’re not at the table, you’re probably on the menu.” 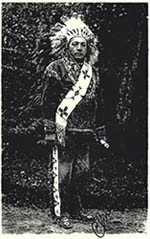 Indeed, there has been feasting going on at our expense.  Our lands, resources and labor have been, and continue to be, on the entrée list as main dishes. The question is: how did this come about? The answer was and continues to be: dehumanize and demonize indigenous peoples.


We could start with the Vatican and Pope Innocent of the 10th century, the beginning of the Christian Crusades that visited centuries of misery on victims and perpetrators. We could ask the question: how could the teaching of the Christian “Prince of Peace” degenerate into slaughter and slavery in His name in all quarters of the world?  We could, and we will, and we are now asking for an accounting from those who were and are responsible for these centuries of exploitation and carnage visited upon our peoples.  We, whom you call savages, heathens, pagans, Saracens, we the original peoples of the lands on Mother Earth, ask for an accounting. 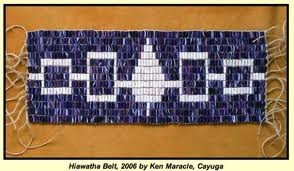 Now that we sit at the table of humanity we bring our questions to bear. These are questions of morality that must be acknowledged, redressed with atonement, and reconciled so we can face a very uncertain future in common cause for the wellbeing of children and future generations.

The “Doctrine of Discovery” initiated from the papal bulls of the 14th and 15th centuries are responsible for over six centuries of crimes against humanity, setting a standard of exploitation that nation states now call “international law.”


The universal laws of nature will prevail. These are the laws that direct the lives of indigenous peoples. Respect, understanding, adherence and promotion of these laws are vital to our survival as a species.  We can help here.  We understand our relationship and responsibility to these laws.  They are simple and absolute. We must work together: cooperation rather than competition.  We must learn again to share, trials and tribulations as well as health and wellbeing.  The Haudenosaunee ancient philosophy of “one dish, one spoon,” to share equally – and these words that go with it, “Nobody owns the woods, but everybody is responsible,” has guided us.


We are out of balance. There are over seven billion people in the world today. Each soul will need water, food, and a place to live. The crisis we face today is one of inequity – a lack of fairness for the people. We share in common with all life the need for water, food and shelter.  We must return to the concept of “one dish, one spoon.” Of all the uncertainties in our lives today there is one certainty and that is: our fate as nations and peoples is in our own hands; our conduct will determine what happens to us.  At the end of our day, we will continue on a good life or suffer the consequences of wrong decisions. 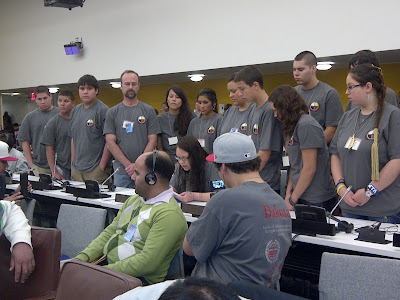 We the Haudenosaunee say to one and all Jah guh! Try hard!  As long as there is one to speak and one to listen, one to sing and one to dance – the fight is on. We are not alone.


Oren Lyons, on behalf of the Haudenosaunee (the Six Nations Iroquois Confederacy) 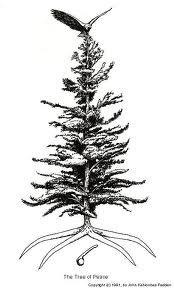 Recommendation: That an international study be made by the UNPFII on the effects of the international construct known as the “Doctrine of Discovery” upon the health, physical, psychological, social, well-being, human and collective rights, resources, medicines, lands and titles to such lands, to be submitted to the UNPFII in 2014 as an addendum to the UN International Decade of Indigenous Peoples, with recommendations addressing the discoveries and findings of this study. 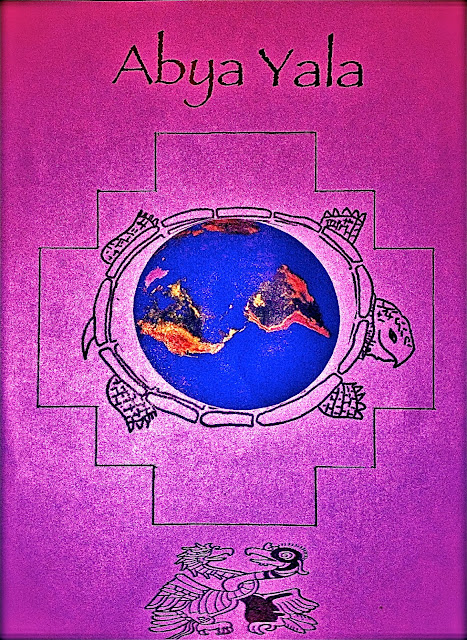