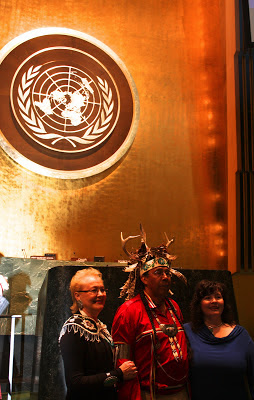 Chapter I
Matters calling for action by the Economic and Social Council or brought to its attention
B.  Matters  brought  to  the  attention of the Council

1.  Fulfilling the objectives of the United Nations Declaration on the Rights of Indigenous Peoples requires continuous  follow-up,  monitoring and  observation of the six mandated areas. The sixteenth session attracted speakers from among government representatives, national human rights institutions, intergovernmental organizations and indigenous peoples, a large number of whom reported on the importance of the implementation of the Declaration on the occasion of its tenth anniversary. From the interventions presented, the  Permanent Forum  is  concerned that not enough is being done to improve indigenous peoples’ rights in the areas of health, education, human rights, economic and social development, environment and culture.

3.  The Permanent Forum appreciates the participation  and active  input  of national and regional human rights institutions at its sixteenth session, encourages studies and reports by the national human rights institutions in the promotion and protection of indigenous rights and invites them to  present their reports and studies in future sessions.

4.  Notwithstanding the developments in international human rights standards, indigenous peoples continue to face denial of their most basic  human  rights,  including the right to self-determination. The Permanent  Forum  notes  the  affirmation that the rights of indigenous peoples are a  matter of  international  concern and that the United Nations has an important role to play in the promotion  and protection of their rights, as stated in articles 19 and 20 of the Declaration. The Permanent Forum remains committed to promoting respect for, and the full application of, the provisions of the Declaration and to following up on its effectiveness.

5.  Recalling the recommendations made by the Permanent Forum in 2011 in the report of the study on the Chittagong Hill Tracts Accord of  1997  ( E/C.19/2011/6, sect. VIII), and given that the situation of the indigenous peoples of the Chittagong  Hill Tracts continues to give rise to concern, the Forum encourages the Government  of Bangladesh to allocate sufficient human and financial resources and set a time frame for the full implementation  of the Accord.

6.  The Permanent Forum calls upon the Government of the United States of America to comply with the provisions recognized in the Declaration and to ensure   the right of the Sioux to participate in  decision-making, given that the  construction  of the Dakota Access Pipeline will affect their rights, lives and territory, as set out in article 19 of the Declaration. Furthermore, the Forum recommends that the United States Government initiate an investigation of alleged  human  rights  abuses  by private security and law enforcement officers  with regard to the  pipeline.

8.  The Permanent Forum urges Colombia to ensure that indigenous peoples are partners in the development of the regulatory framework of the Colombian peace agreement and that a process of free, prior  and  informed consent is  established  for the implementation of the “ethnic chapter” of the agreement.

10.  The Permanent Forum welcomes the progress made in the development of community-based tools to monitor the implementation of the Declaration,  the outcome document of the World Conference on Indigenous Peoples and the 2030 Agenda     for     Sustainable     Development    and     encourages    collaboration  and contributions from Governments, United Nations agencies, indigenous peoples and civil society organizations to the Indigenous Navigator framework and other tools in order to strengthen community-based monitoring of global  commitments  made  under the Declaration, the World Conference and the  Sustainable  Development Goals.

11.  The Permanent Forum is concerned at the World Bank’s recent  grant  of  a waiver to its indigenous peoples’ policy (operational policy 4.10) and requests the World Bank to ensure that waivers will not be used  in  future.  Furthermore,  the Forum requests the Bank to  provide in  writing  a  status  update on the  waiver issued to  the Southern Agricultural Growth Corridor of Tanzania project to  the Forum.

13.  The Permanent Forum  has  made  a  number of recommendations, in  particular at its seventh and ninth sessions, on conservation and human rights, which to date remain largely unimplemented. Particular attention has  been given by the Forum to  the critical issue of free, prior and informed consent of indigenous peoples in establishing and managing any protected area that  affects  their territories,  livelihoods and resources. Those recommendations should be implemented u rgently, considering the continued infliction of human rights violations  on  indigenous  peoples in relation to conservation  measures.

14.  The Permanent Forum urges the Government of Kenya to recognize and  formally protect the land and resource rights of th e Ogiek and  Sengwer peoples in line with the Constitution of Kenya, the Community Land Act of 2016 and other relevant laws before moving ahead with planned conservation efforts in the Cherangany Hills.

15.  The Permanent Forum urges the International Union  for Conservation  of Nature to establish a task force on conservation and human rights to work with indigenous peoples’ communities and organizations to clearly articulate the rights of indigenous peoples in the context of conservation initiatives and to c ontinue to promote grievance mechanisms and avenues for redress in the context  of  conservation action, including the Whakatane Mechanism. The Forum invites the Union to report on progress  made in  the implementation of these recommendations  in  future sessions.

16.  The Permanent Forum recommends that States develop laws and policies to ensure the recognition, continued vitality and protection from misappropriation of indigenous  traditional knowledge.

17.  The Permanent Forum encourages States to continue cooperating  with indigenous peoples to develop fair, transparent and effective mechanisms for the repatriation of ceremonial objects and human remains, at the national  and international levels.

18.  Recalling article 14, paragraph 1,  of the  Declaration, and  its  recommendation at its third session, the Permanent Forum urges indigenous peoples,  with  the  support of Member States, to adopt and fully implement comprehensive national indigenous education policies.

19.  Recalling paragraph 86 of its report on its eighth session (E/2009/43- E/C.19/2009/14), the Permanent Forum urges public and private  education  institutions to provide permanent positions to indigenous teachers and to establish scholarships exclusively designated for indigenous  students.

20.  The Permanent Forum recommends that the Joint United  Nations Programme  on HIV/AIDS, in collaboration with the United Nations Population Fund and the Inter-Agency Support Group on Indigenous Peoples’ Issues,  sponsor  an  expert group meeting on HIV/AIDS by 2019, which would include the full and effective participation of indigenous peoples living with and affected  by  HIV/AIDS,  to analyse the sociocultural and economic determinants of health for HIV/AIDS prevention, care and treatment in indigenous communities, with the Forum’s collaboration, in order to ensure the realization of target 3.3 of the Sustainable Development Goals.

21.  The Permanent Forum invites the United Nations Population Fun d, in collaboration with the Permanent Forum, to identify good practices of culturally appropriate intervention models from its work in developing countries that support indigenous peoples, in particular women and girls, in exercising their health and reproductive rights and to report to the Forum on those models by 2018.

22.  The Permanent Forum recognizes the efforts made by the United Nations Population Fund, the United Nations Children’s Fund and the United  Nations Entity for Gender Equality and the Empo werment of Women and recommends that they continue efforts to implement the recommendation made by the  Forum  at  its  fifteenth session (E/2016/43-E/C.19/2016/11, para. 38) to develop a fact sheet on maternal and child health in  indigenous communities and  present the  fact sheet to  the Forum by 2018, in order to achieve target 3.7 of the Sustainable Development Goals.

23.  The Permanent Forum recommends that States collaborate with indigenous peoples to ensure adequate resources to design and fully implement HIV/AIDS and hepatitis B and C programmes that address the social, economic and cultural determinants of health for HIV prevention, care and treatment in indigenous populations. 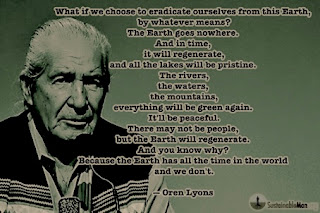 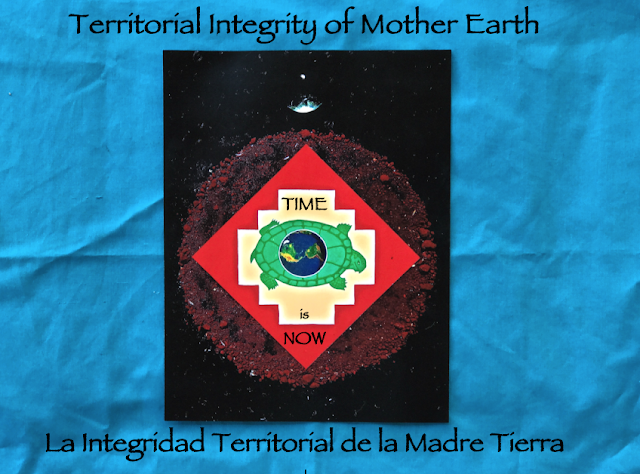 Posted by chantlaca at 3:23 PM