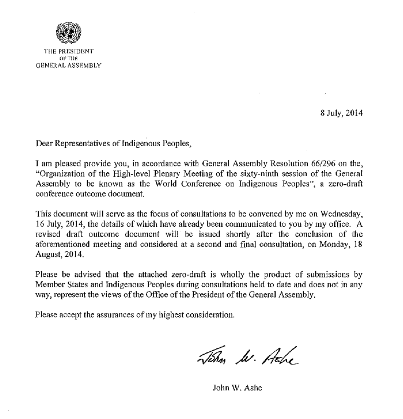 The Territorial Integrity of Mother Earth, Intervention from the floor at Alta

"We call for the restitution of the primary source materials and testimony that was lent to the United Nations system as fundamental to the evidence in document form of the systemic (system to system) nature of the legal relationships between the Nations of Indigenous Peoples and the member states of the UN system for the purpose of the Treaty Study conducted by Dr. Miguel Alfonso Martinez of Cuba.

Such delivery, should be initial act of good faith in terms of the continuing process of systemic documentation among the Nations of Indigenous Peoples and the UN system prior to and as a necessary act of condition to allow for the full and effective participation of the Indigenous Peoples with the High Level Plenary Meeting on an equal basis and without systemic discrimination in the process of producing the Final Outcome Document of the High Level Plenary Meeting of the General Assembly 2014."


“We also recommend that a systemic analysis of the history and causes of the colonization, domination and subordination of IP’s and our territories, be undertaken, and that additional studies be commissioned by the Permanent Forum on issues related to the use and impact of the racist Doctrine of Discovery that has allowed States to steal Indigenous territories and resources. We insist that the Doctrine of Discovery be repudiated as a matter of law and policy in the HLPM Outcomes Document.” 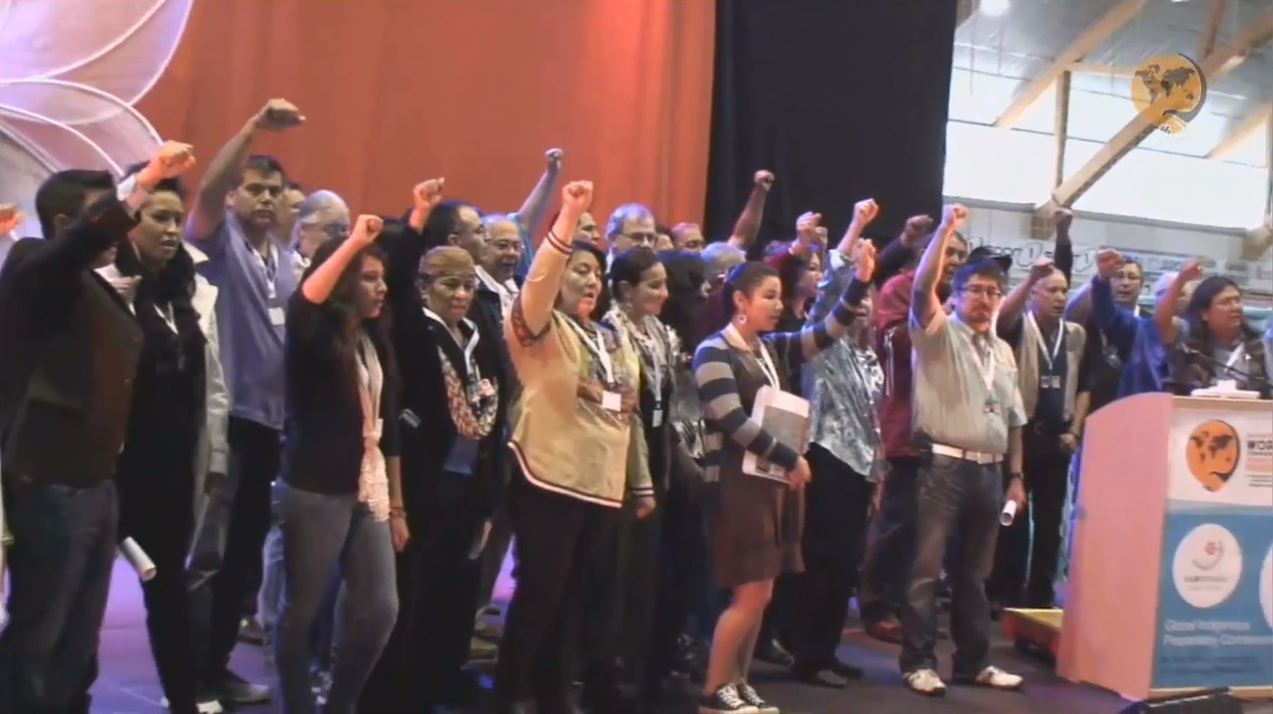 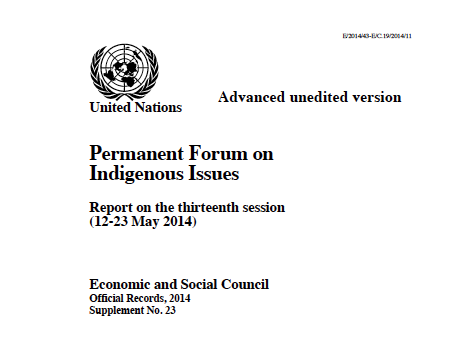