Indigenous Nations’ Rights in the Balance

An Analysis of the Declaration on the Rights of Indigenous Peoples 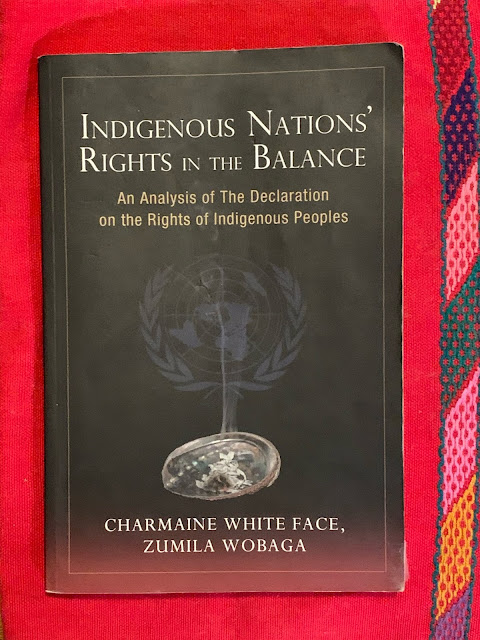 Introduction to the Spanish translation

The narrative and comparative analysis in this fundamental study of the UN Declaration on the Rights of Indigenous Peoples by Charmaine White Face, provides critical context for the battle for self-determination that the Original Nations of Indigenous Peoples face today in the global arena of shifting geopolitical powers. The original English language edition of this book was published in 2013.  Now, with this Spanish translation being made available to the leadership of the Indigenous Peoples of the world at a climactic turning point in the history of world affairs, the Mandate of the Indigenous Peoples emerges once again in power and purpose with a message for all humanity.

The final text of the Declaration as adopted by the UN General Assembly on September 13, 2007, was preceded by two other versions.

In 1994 the Sub-Commission on the Prevention of Discrimination and Protection of Minorities approved the Original Text of the declaration which was the product of many years of deliberation that allowed for a degree of meaningful and decisive participation of Indigenous Peoples from around the world.

In 2006, the UN Human Rights Council adopted a version of the declaration submitted by an individual official of the UN system, the Chairman-Rapporteur of the Working Group on the Draft Declaration, Sr. Luis Enrique Chavez.  After the African Union inserted changes to this version, the UN General Assembly then included nine additional changes in the final version of the text which was approved in 2007.

The presentation of the version as adopted by the General Assembly was challenged on November 29, 2004 by a five-day prayer fast/hunger strike by six indigenous delegates to the Working Group on the Draft Declaration at UN headquarters in Geneva, Switzerland.  With support and solidarity of Indigenous Peoples from around the world, the demand was that the Original Text as approved by the Sub-Commission on the Prevention of Discrimination and Protection of Minorities be recognized as the only legitimate version of the declaration that would be advanced on the floor of the UN General Assembly.  With assurances from representatives of the UN Commission on Human Rights (also called the CHR) that if no consensus could be achieved by the end of the 2004 session of the Working Group, the only version of the declaration that would be submitted to the full Commission would be the Sub-Commission Text as approved in 1994, the hunger strike/prayer fast came to an end.

This agreement was subsequently violated, and then betrayed.

In 2008, the text of UNDRIP was folded into the establishment of the Facilitative Working Group (FWG) of the Local Communities and Indigenous Peoples Platform of the UN Convention on Climate Change.  The UN system began an extractive process of establishing a global indigenous bureaucracy with representatives from organizations of Indigenous Peoples, one from each of the seven sociocultural regions identified by the United Nation system.

The next step was the convening of a High-Level Plenary Meeting in 2014 of the UN General Assembly, where only member states of the UN system can vote, and fraudulently calling this special assembly of government states the UN World Conference on Indigenous Peoples.  Adopting the outcome document from this session of the High-Level Plenary Meeting on Indigenous Peoples, the UN instituted a System-Wide Action Plan in November of 2015 administered by the Under-Secretary-General for Economic and Social Affairs. In fulfillment of the twisted text of the final UN Declaration on the Rights of Indigenous Peoples as adopted, the System-Wide Action Plan attempts to domesticate and diminish the inherent collective human rights of Indigenous Peoples as articulated in the UNDRIP to delegated privileges to be defined by the constitutional frameworks of each individual state.

The process lurched forward again on December 16, 2020, when the UN General Assembly adopted another resolution on the Rights of Indigenous Peoples, this time contextualizing the concept within the development framework of the 2030 Agenda for Sustainable Development, and constrained by the 2018 Global Compact for Safe, Orderly and Regular Migration. 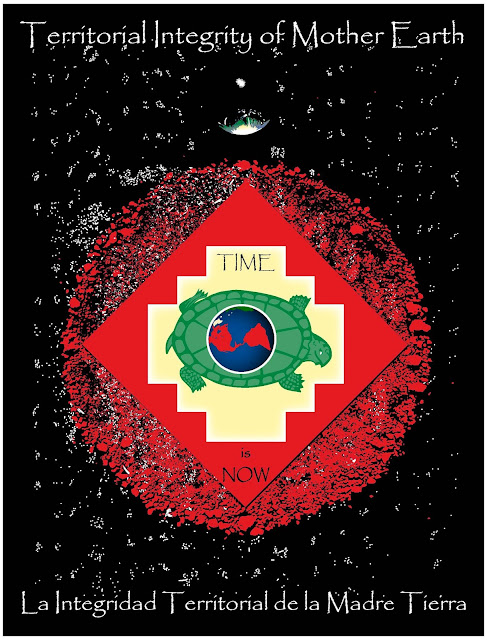 Posted by chantlaca at 7:43 PM