FOURTEENTH SESSION OF THE 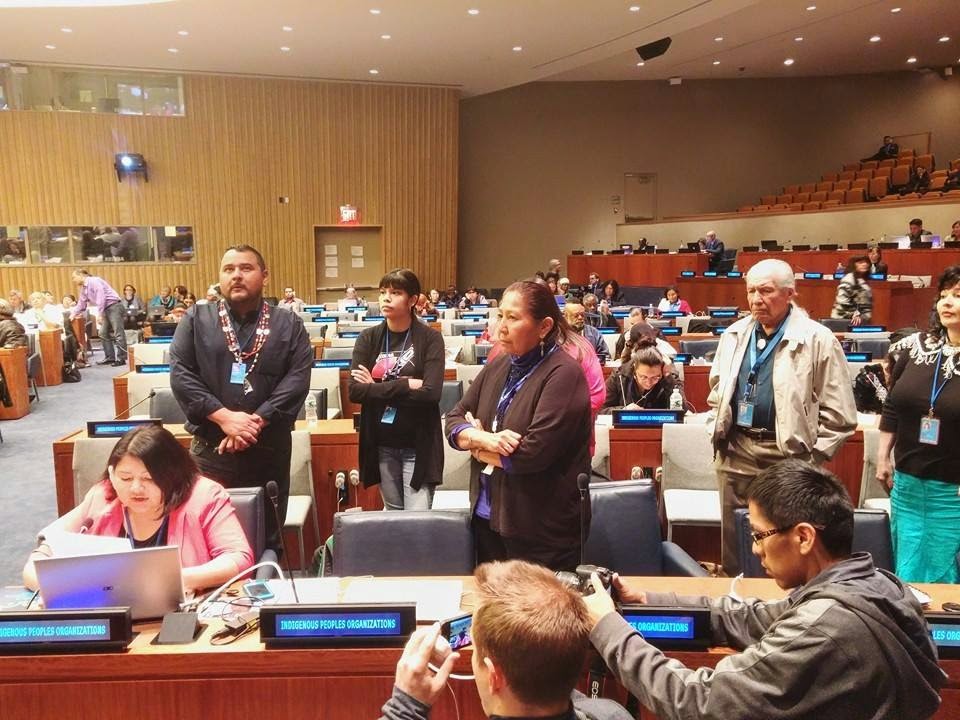 Agenda Item 8:
Future work of the Permanent Forum, including issues of the Economic and Social Council and emerging issues.

These comments are made on behalf of the North American Indigenous Peoples Caucus in reference to the following points contained in the Concept Note for this agenda item:

5.  Explore the potential of such regional meetings to be held during times when the Permanent Forum members are in closed session in order for regional groups to dialogue and potentially reach consensus on recommendations for joint interventions (see paras 26 -­‐29 of E.C.19/2006/10).

6.  Ensuring equity in relation to indigenous peoples present at the annual session to have the opportunity to speak.


NAIPC is mindful that free and independent Indigenous Peoples' voices are crucial to the accurate representation of our positions. We, therefore, remind the UNPFII that Indigenous Peoples have the right to maximum participation at the UNPFII, and in the entire United Nations system, without censorship, and without the application of any ideological or philosophical litmus tests, in deciding who can and cannot participate, and about who is eligible for funding support in order to participate in UN processes.

As Indigenous peoples and organizations, many whom have been involved in UN processes for decades, we have agreed to participate in the UN system on the condition that our perspectives are accorded respect and equality, and that the rules of procedure ensure fair, open and transparent opportunity for our voices to be heard.

We are deeply concerned that a new norm has apparently emerged in UN fora, one that allows for opaqueness and arbitrariness in determining which indigenous perspectives are heard, and which are not.

The legitimacy of the UN’s professed commitment to expanded participation by indigenous peoples is belied through practices that allow favoritism and hidden agendas to determine the discourse and outcomes of UN meetings affecting all indigenous peoples. More importantly such practices are contrary to Article 19 of the UN Declaration on the Rights of Indigenous peoples, which reads: “States shall consult and cooperate in good faith with the Indigenous peoples concerned through their own representative institutions in order to obtain their free, prior and informed consent before adopting and implementing legislative or administrative measures that may affect them.” If the UN is not subject to these provisions, then how can states and other non-­‐state actors, be expected to abide by them?  Administrative rules that selectively privilege some Indigenous perspectives and marginalize others, essentially amounts to censorship, and is a violation of the UN’s own stated values in the UN Charter.

This year, subsequent to our arrival to participate in the 14th  Session of the UNPFII, the Permanent Forum website was abruptly and arbitrarily changed to give complete discretion to the acknowledgement of speakers, and the order in which they would be acknowledged, entirely to the UNPFII Chair. This change has had the actual effect of some speakers, including speakers for bona fide UN-­‐acknowledged, Indigenous regional caucuses, to be ignored and passed over in favor of speakers who appear more acceptable to the Chair.  It has also become apparent that these changes have been in development for quite some time with no advance notification to Indigenous delegates that these changes would be instituted at this 14th  session of the PF.

We request an explanation and reference to the rule of procedure or decision by which this change is being implemented. If a change in the speaking order and rules of procedure are in fact being implemented, Indigenous Peoples delegations deserve to be informed specifically of these changes. Indigenous Peoples caucuses, specifically, and others have put in an immense amount time and effort in order to prepare their interventions for the 14th session of the UNPFII, at great cost to themselves, their families and their communities.  Finally we remind the Permanent Forum that it has a moral and ethical mandate to treat all Indigenous delegates equally and fairly. We demand a transparent process without arbitrary or biased selection of speakers. 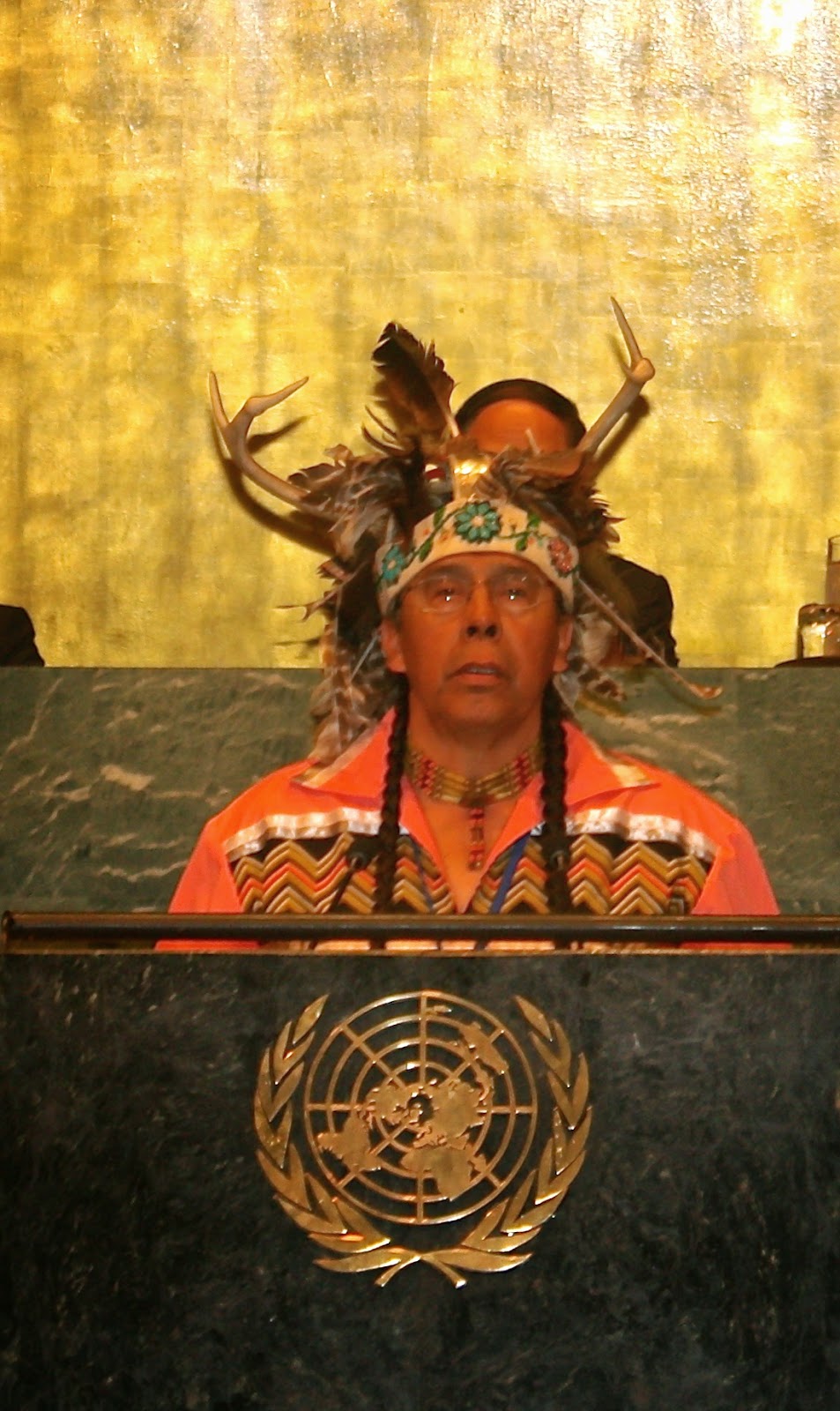 Posted by chantlaca at 3:51 AM