Agenda Item 6: Discussion on the UN High Level Plenary Meeting
that is not a World Conference on Indigenous Peoples 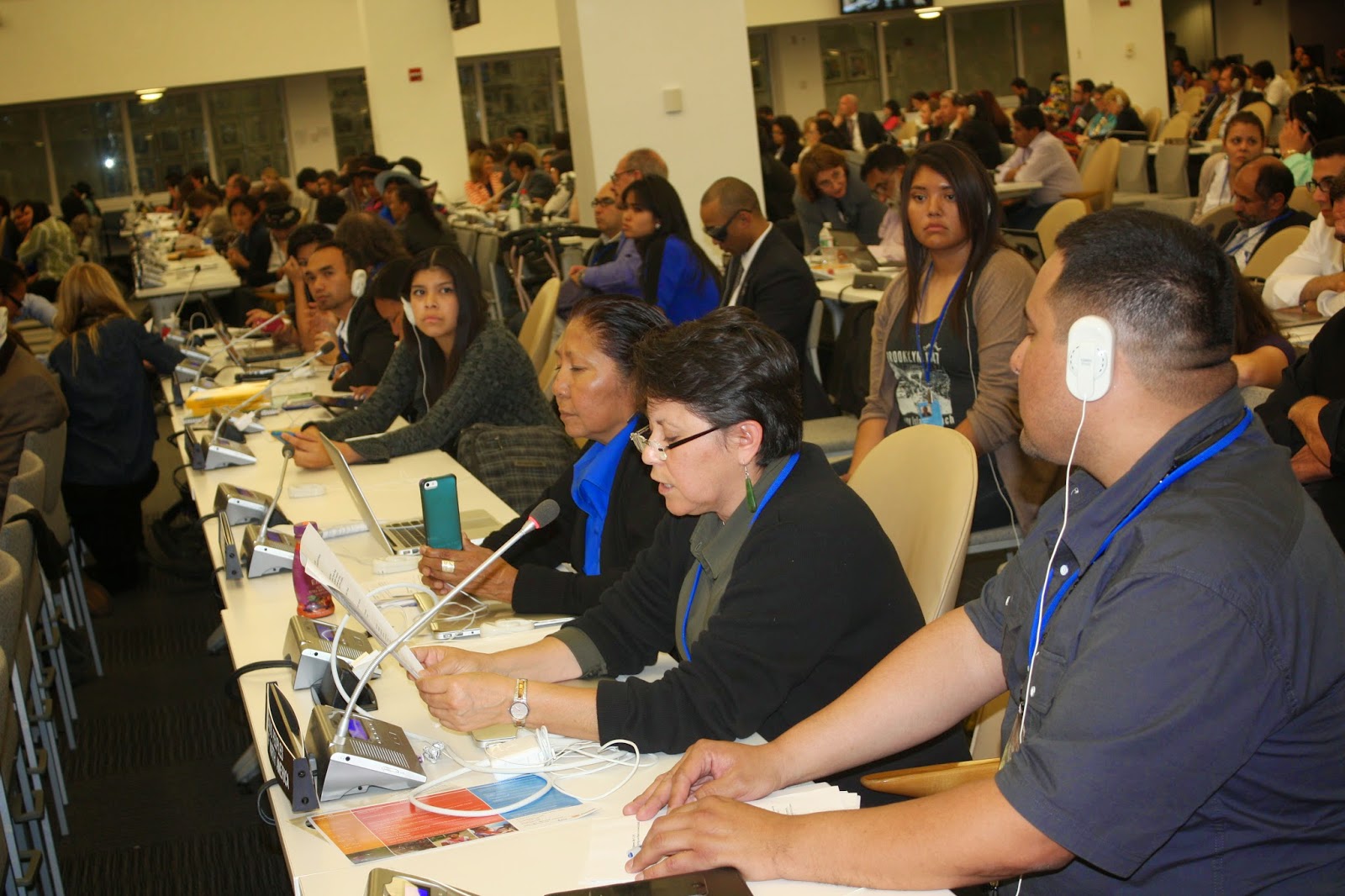 This statement is submitted on behalf of nine (9) Indigenous Peoples’ nations and/or organizations.

We are specifically troubled and concerned about reports of an opaque and exclusive meeting over the weekend, between the President of the General Assembly and three indigenous individuals, concerning possible changes to the modalities for the HLPM. We are deeply concerned that such a meeting did not include indigenous peoples from all regional caucuses, and no women or youth were included. We reject and condemn any and all outcomes from such exclusive meetings, and will not be bound by non-representative edicts that emerge from secret meetings. This meeting is, unfortunately, consistent with the lack of transparency that has accompanied the advancement of plans for the HLPM by both the PGA and certain self-appointed indigenous leaders.

We remind the Indigenous Peoples assembled here that the meeting under discussion is not a genuine world conference, and we refuse to refer to it as such.  We note and agree with the Plurinational State of Bolivia that the diminishment of its proposal for a World Conference to the status of a high level plenary meeting is inadequate to satisfy the original intent of a genuine world conference of Indigenous Peoples (A /66/PV.130).

Every modalities proposal, including all current proposals, fail to satisfy the demands outlined in the Alta Outcome Document, which is the only universally accepted, consensus document of Indigenous Peoples in relation to the proposed HLPM.  The Alta Outcome Document asserts the principle of full, effective and equal participation in decision-making that affects us.

The President of the General Assembly (PGA) has had adequate time and opportunity to show good faith in satisfying the conditions established by Indigenous Peoples’ for full, effective, and equal participation as, stated in the Alta Outcome Document. He has consistently failed to ensure that the principles of the Alta Outcome Document and the UNDRIP are respected and implemented in the HLPM

• How the outcome document from the HLPM, which ultimately will be produced, approved and implemented solely by states, satisfies either the Alta Outcome Document or the Free, Prior and Informed Consent requirements of the UNDRIP?

• How the appointment of two “so-called” indigenous advisors to the PGA, advisors who are to be selected solely by the PGA, without the full, free and effective participation of indigenous peoples, satisfies the requirements of the Alta Outcome Document?

• How so-called interactive hearings with indigenous peoples satisfy the requirement of full, equal and effective participation, when the hearings will be “informal,” meaning that there will be no official record of the proceedings, and the inclusion of any recommendations of indigenous peoples into the outcome document will be entirely voluntary by the states?

In the best theoretical scenario of all of the HLPM conditions, it is impossible for us to believe that requirements found in the Alta Outcome Document and the UNDRIP will be to be satisfied by the President of the General Assembly. For these reasons, we call for the cancellation of the HLPM, and we repeat and endorse the proposal for the convening of a genuine World Conference of Indigenous Peoples, as originally proposed in 2010 by the Plurinational State of Bolivia.

Posted by chantlaca at 7:33 AM