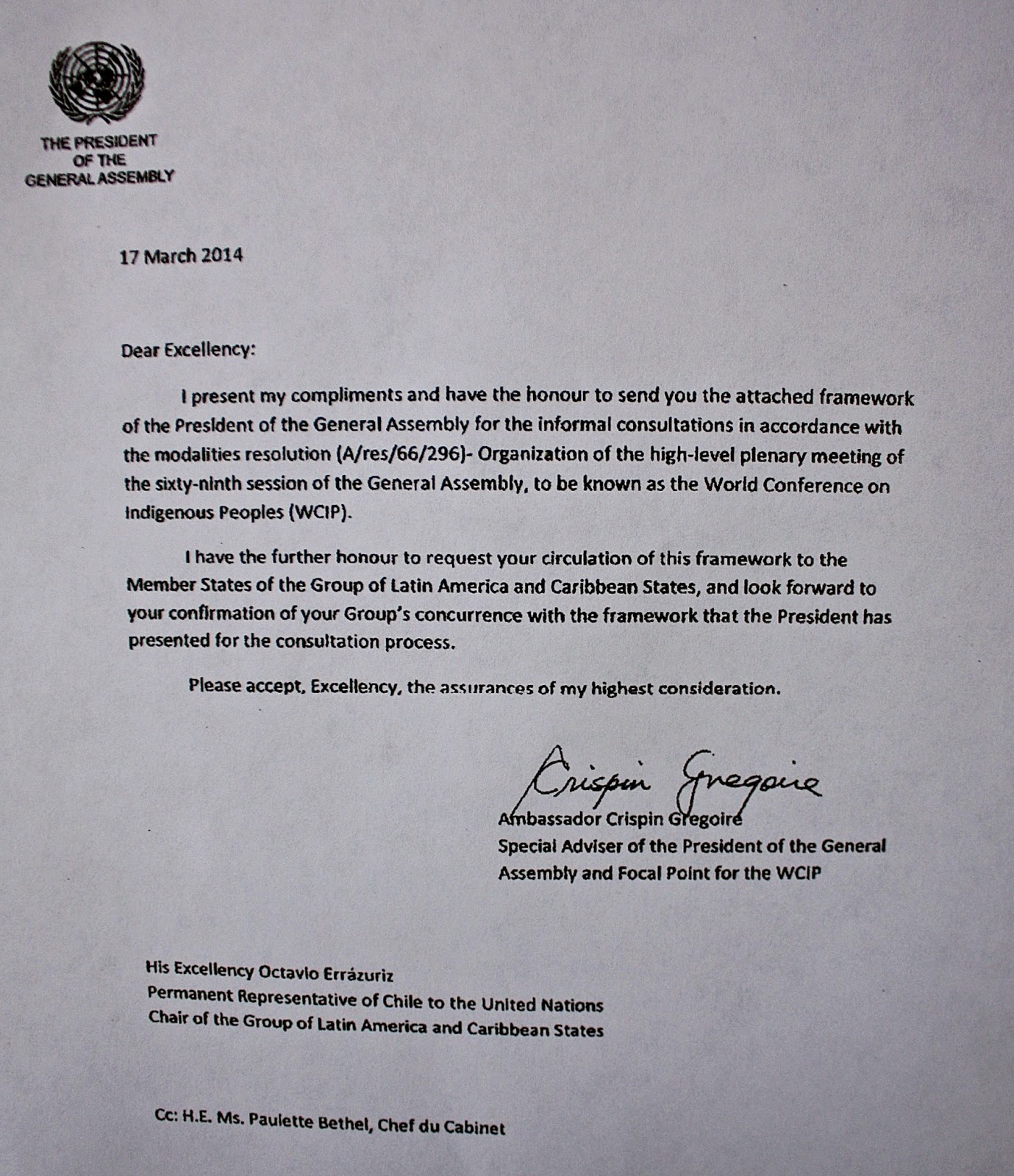 •          The President of the General Assembly (PGA) will preside over and conduct the informal consultations and, in accordance with the modalities resolution (A/res/66/296), will have overall authority for the text. In his absence, the PGA will appoint a designate (not a member state or an indigenous representative) to conduct the consultations in his name and on his behalf.

•          The composition of the podium will be: PGA (or his designate) and four Advisers (two member state and two representatives of indigenous peoples).[1]

•          The four Advisers will be treated equally throughout the consultation process, and will be involved in all informal processes and discussions related to the draft text on an equal basis.

•          At the conclusion of the informal consultation process, (i.e. when the text is ready to go to a silence procedure), Indigenous peoples' involvement  in the process  will conclude.  Member State participants will, in accordance with the modalities resolution, consider the final text in order to obtain agreement by the General Assembly before its formal action at the high­level meeting.
[1] It ls understood that the two member state representatives will be the ambassadors of Slovenia and Costa Rica. In accordance with Article 18 of the UNDRIP, indigenous peoples will select their own representatives.

[2] For practical reasons, the number of indigenous peoples should be limited to 30 or less. 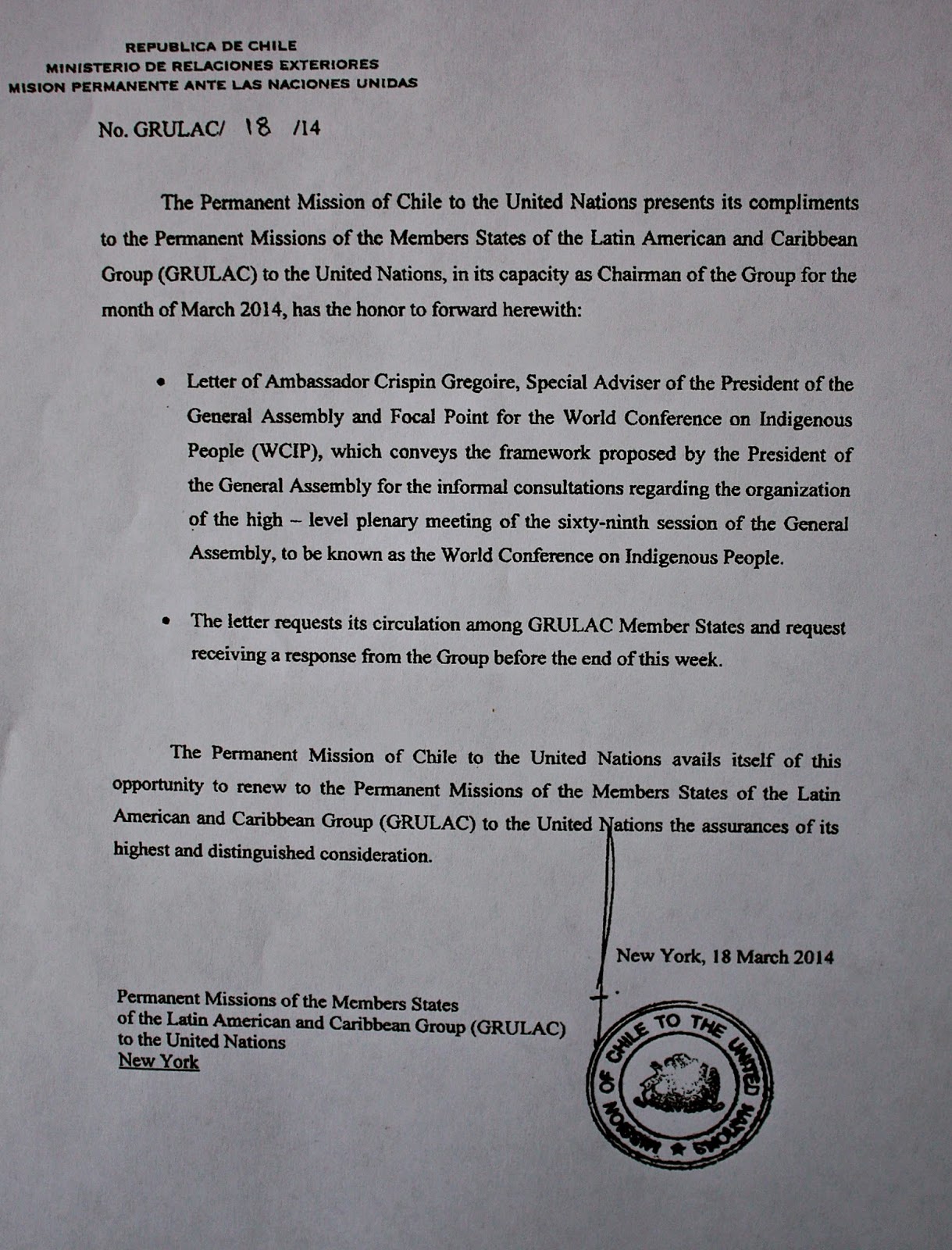 Posted by chantlaca at 7:42 AM