Mandate of Umunukunu: Message from the Elder Brothers

POSITION STATEMENT OF THE PUEBLO ARHUACO REGARDING THE CARE AND USE OF THE WATERS OF THE SIERRA NEVADA DE SANTA MARTA, COLOMBIA
Presented to the 7th Inter-American Dialogue on Water Management
Valley of Aburrá, Abya Yala
Medellin, Colombia
November 13-19, 2011 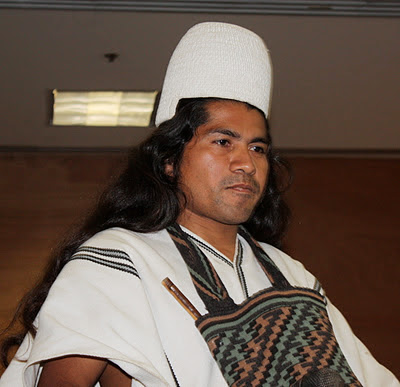 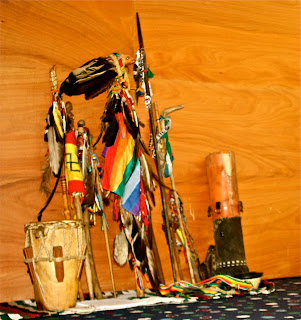 In Kunkurwa of Gwi'gaka (Séynimin), one of the four main centers of learning and spirituality of Arhuaco territory, the Mamos of the Eastern Zone, accompanied by the authorities of each region and in analysis of the situation presented in our ancestral territory of the Sierra Nevada, in relation to the care and use of waters, the following positions which originate from the Kaku Jina, who are the elders of our spiritual world that defend the Arhuaco and the natural laws that govern the territory. 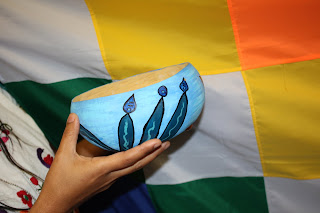 This position is the Mandate that our authorities must enforce and Younger Brother must respect, for they apply to our territory and therefore should be recognized by law enforcement institutions from local to regional and national levels, especially those that are part of the state and thus realize the obligation to recognize and protect the culture of all ethnicities in all manifestations, by virtue of constitutional mandate. 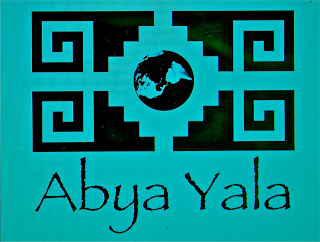 THE WATERS OF THE SIERRA NEVADA ARE AN INTEGRAL PART OF OUR TERRITORIES AND CANNOT BE TREATED SEPARATELY WITH ISOLATED PROPERTY LAWS.


The waters are the lifeblood of Mother Earth.  Water functions to avoid heating, cooling the earth and its environment, balancing the actions of the fire element.  Water is a Life Force that emanates from our Mother, from our spiritual origin.  Is the Mother that gives instructions on how to care for and make use of water, so that it is not depleted and may have always have the conditions to live. 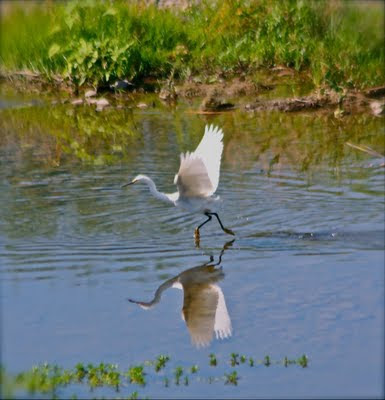 But the Younger Brother now has invented laws for the management of the waters, and is trying to enforce them also in our territory.  We understand your concerns and share these, but this is not the way to protect the waters, at least in our territory.  Applying these standards would be one more act of aggression against our environment and an insult to the Spiritual Mother, which could lead to an increased scarcity of water and the occurrence of cyclones and hurricanes.


Although the adverse situation under which we have lived due to the Younger Brother's actions, has not allowed us to fully comply with the mandate of the Spiritual Mother, we have been persisted and the effect can be seen in the normal flow of water and rainfall patterns in our territory, not so in the territory of the younger brother, where the river waters flood and rainfall are in short supply.


This is due to the mismanagement of the natural environment and especially waters, which interrupt the cycle of currents flowing from the Sierra Nevada and dying on the journey before reaching the sea, where they must complete their function of balance, of cooling and re-nutrition.  Thus, the seawater tends to warm and the ice pack of the Sierra Nevada tends to disappear.  For the same reason of the effect of heat, earthquakes and hurricanes ensue, and we have the disappearance of many species.  More damaging still is the construction of dams or reservoirs, something we cannot permit, at least within not within our ancestral territories.  No dams or reservoirs that disrupt the normal flow of water should be built, as this would force the renunciation of our reason for being on the planet and we would become complicit in the rapid deterioration and violation of the natural conditions for the life of all species. Today, many animal and plant species of both land and water are disappearing. 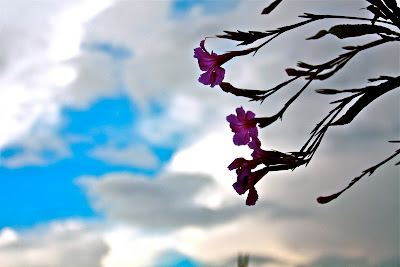 The construction project of the dam of in Los Bezotes is a threat to the life of all beings Guatapurí river basin in the territory of the Sierra Nevada and the surrounding plains.  If it should materialize, the negative effects would appear slowly and later would be irreversible.


The Indigenous Peoples of the Sierra Nevada and all those who love nature and life must unite to stop the Bezotes Reservoir project which is an assault on the natural world.  The Mamos Arhuaco offer their support and spiritual protection for the protection of the gifts of nature given by the Creator.
Help us comply with this mandate of the spiritual fathers (Kaku Jina) for the good of all peoples, the future generations and all life on the planet. 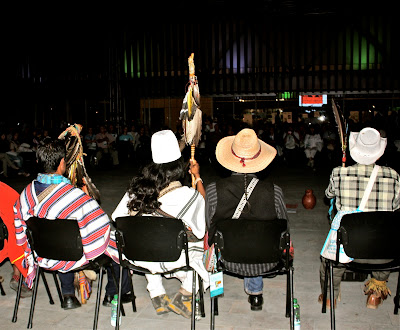 For the record: Signed in Gwi'gaka (Séynimin) Sierra Nevada, the first day of November 2009. (Original signed by Mamos and authorities of the Eastern Zone).
The position here taken against water management plans, in terms of the construction of reservoirs and dams and the arguments set forth in the above text are given with the full support of the other Mamos and authorities of the Arhuaco territory, having found that the foundations of our traditional knowledge outlined here, apply not only regarding the concerns of the Guatapurí River basin, but this position serves as valid for the entire ancestral territory of the Pueblo Arhuaco, and therefore we officialize this text as General Position Statement of the Arhuaco to serve as guideline in analogous situations in any location of our ancestral territory.
For the record, signed in Nabusímake, Resguardo Arhuaco on the thirteenth day of February, two thousand ten.
********
Video:
The Elder Brother's Warning
EXTRACT:
Inter American Commission of Human Rights
2010 Report
COLOMBIA
p.288
160.  The indigenous peoples of Colombia have complained before various international instances that among the risk factors that currently threaten their physical and cultural existence are the infrastructural and economic exploitation projects that are being planned and implemented within their territories, without due respect for their individual and collective rights, and in certain cases accompanied by violence by armed groups.

For the IACHR "the protection of the right to property of indigenous peoples over their ancestral lands is a matter of special importance, since its effective enjoyment involves not only protecting an economic entity but the protection of the human rights of a collective who bases its economic, social and cultural development in relation to its land."
The Inter-American Court, in turn, has underlined the fact that territorial rights of indigenous peoples are related to "the collective right to survival as an organized people, controlling their environment as a necessary condition for their cultural growth, for their own development and for realizing their life goals."   The IACHR calls upon the State of Colombia to redouble its efforts to protect the effective enjoyment of indigenous peoples of their right to land, as a first step to ensure their fundamental rights in the context of the internal armed conflict.


*  Criticism of the South American Regional Infrastructure Project
(IIRSA)
According to Conservation International scientist Tim Killeen, who conducted a study on the IIRSA, the current plans could lead to the destruction of the Amazon rainforest and have profound and far-reaching consequences.

The study shows that cutting and burning of the forests could seriously imperil the multibillion-dollar agriculture industry of the Rio Plata basin, as well as destroy the ecosystems that are home to indigenous people. According to the study, the IIRSA would also wipe out some of Earth’s richest storehouses of terrestrial and freshwater life and would negatively affect climate change by releasing into the atmosphere the huge quantities of carbon dioxide stored in the biomass of the tropical forest—estimated at about twenty times the world’s total annual greenhouse gas emissions.

According to Killeen, the IIRSA does not have to be destructive: "A visionary initiative such as IIRSA should be visionary in all of its dimensions, and should incorporate measures to ensure that the region’s renewable natural resources are conserved and its traditional communities strengthened."