TENTH SESSION OF THE UNITED NATIONS PERMANENT FORUM ON INDIGENOUS ISSUES
STATEMENT BEFORE THE COMMISSION ON MIGRATION, REFUGEES AND FORCED DISPLACEMENT OF INDIGENOUS PEOPLES: 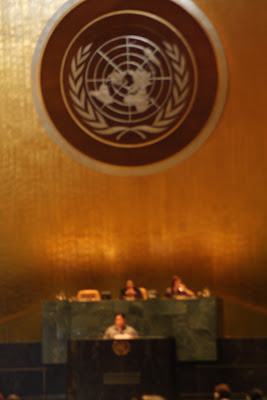 Madam President and members of the Permanent Forum, allow me to congratulate you on your election to preside over this session.
My name is Pedro Sosa, on behalf of the Commission of Migration, Refugees and Forced Displacement of Indigenous Peoples.
We are here to speak about our experience as Indigenous migrants, those obligated to migrate due to forced displacement caused by poverty and the political repression our governments have launched against our people; inhumane governmental actions that impact our communities in the most ruthless ways.
Transnational corporations strip away our lands, governments prohibit our languages, and censor our customs.  We are obligated to migrate, not in search of a better life, but to flee from the atrocious conditions in our countries.  We are displaced from our lands, obligated to live in exile.
Today, we, the original peoples of these lands, are designated as migrants by the same governments and corporations that have dispossessed us.  They have tried to turn us into foreigners in our continent; they want to push us aside.  We are the most ancestral ones, the inheritors of a millennial history and culture, the first peoples of this land.
We are the women who must wear clothes in which we do not feel comfortable for fear of discrimination and racism; obligated to hide our identity for fear of being recognized, for fear of being deported.  Despite this, we maintain our inherited and ancestral worldview.
We are the ones who are told day after day that we are not welcome in the United States and in other countries of refuge.  To ensure that we feel this rejection, this offense, governments develop discriminatory and racist laws such as Arizona’s SB1070, policies such as Secure Communities in the United States that are responsible for the persecution and deportation of hundreds of thousands of people from the country.  The United States government has also approved measures such as E-verify, more policies that criminalize the fundamental human right to work for thousands of people. It will take a long time to enumerate the grave human rights offenses committed against the indigenous peoples who are obligated to migrate, but it is important to speak of the most serious situations.
The Universal Declaration on the Rights of Indigenous Peoples has been aggrieved by the militarization of the border.  This situation generates the terror of indigenous communities who are being constantly uprooted, obligated to seek survival, individually, collectively and as Nations.
We are criminalized, and as if the terror of being dispossessed, or the dread caused by the armed men that have violently terrorized our communities, were not enough suffering, we must cross militarized borders such as those of the United States and Mexico --where thousands of men women and children have lost their lives since 1994.  In the indignity of our exile, we must confront the fury of individuals such as those who massacred 72 migrants in Tamaulipas, Mexico in August 2010. A crime against humanity that remains unpunished.
This sinister militarization has also been felt on the northern border between the United States and Canada.  Last week, in the Forks Community bordering Canada, the irresponsible persecution by immigration agents led to the disappearance of one person into the waters of the river.  To this date, we do not yet know his whereabouts while his wife is desperately seeking information while detained in the detention center of Tacoma. Both of them are indigenous people from the lands of Guatemala and Mexico.
Madame President, and distinguished members of the permanent forum, with the outmost respect, we propose the following recommendations:
We call upon the UN to ask the United States of America to cease all deportations and family separations; to stop the implementation of the “Secure Communities” and to urgently implement an orderly migrant regularization program, that includes family reunification; and the reestablishment of civil rights and civil liberties and the protection of labor rights.

We call upon the UN organisms to insist and protect the human rights of migrants and the Indigenous communities in border regions.  We demand no more deaths.

We reaffirm the ancestral tradition of indigenous peoples’ right of free mobility, their actual recognition, their right to remain rooted in their traditional territories, and their right not to be displaced as a result of the imposition of economic policies, armed conflicts, and other phenomena that damage their human, collective and individual rights.

We urge upon the UN to demand governments that develop war strategies such as the Plan Colombia, Plan Puebla Panama, free trade agreements among other, to halt these agreements that only increase the underlying causes of migration of Indigenous peoples.

We recommend to this Permanent Forum, that the Special Rapporteur for Human Rights develop a report on the state of violence confronted by our communities who are displaced in their country of origin, in transit and destiny.
We are tired; we want to live in peace.
No human being is illegal.
Thank you. 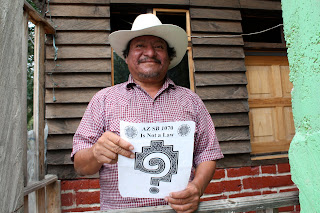