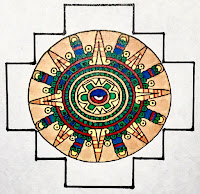 
Specifically, we call today for a full public hearing before the appropriate committees and/or Working Group formations of the US Congress for the purpose of informing the US congressional representatives on the Right of Indigenous Peoples to Free, Prior, and Informed Consent (FPIC) regarding projects which impact their collective rights. Such a public hearing must be realized before the USMCA is approved.


The USMCA has been promoted as a necessary "update" of the 1994 North American Free Trade Agreement (NAFTA). In distinction from NAFTA which was adopted in 1994 thirteen years before adoption of the UN Declaration on the Rights of Indigenous Peoples, the signatories of USMCA must comply with the minimum standards of FPIC or the corporate consortia investing in any development project in violation of FPIC will immediately become financially liable and exposed to the risk of legal challenges and financial penalties that must be presented before their constituencies (states) and shareholders (corporations).


This principle is now well established, having been the subject of the Soft Woods Lumber Dispute (1982) between the US and Canada which acknowledged the proprietary rights of Indigenous Peoples over territories and resources in the international trade tribunals. Recognizing this fact, the World Bank has restructured its procedures, protocols and practices regarding Indigenous Peoples and the right of Free, Prior, and Informed Consent under the Environmental and Social Standard 7 to shield its interests.


There can be no approval of USMCA without recognition, respect, and effective mechanisms for the protection of the internationally recognized Human Rights of Indigenous Peoples in the trade zone encompassing the three countries, specifically the right of Free, Prior, and Informed Consent (FPIC). Consultation is not consent.


Without the full and effective participation of Indigenous Peoples, as Peoples equal to all other peoples, there can be no legitimate approval of the USMCA.


“The Indigenous peoples of the Americas possess the underlying and inalienable title to their lands. Failure by settler governments to recognize that title within USMCA is a violation of Indigenous rights and the principle of “free, prior and informed consent” enshrined in the United Nations Declaration on the Rights of Indigenous Peoples. As a legal violation that infringes on the property rights of Indigenous peoples, this failure by settler governments creates a massive risk to the financial interests that rely on the tripartite agreement. Businesses cannot hide behind USMCA and disregard the rights of Indigenous peoples. Every investor, every corporation, every entity with a financial interest that crosses the borders between Mexico, the United States and Canada, must account for this risk when they operate on Indigenous lands. Failure to account for the risks associated with Indigenous title will result in faulty, and possibly fraudulent, valuations.”


With representation of Indigenous Peoples from Mexico-US-Canada organized under the Indigenous Network on Economies and Trade (INET), we offer to engage with willing members of Congress to bring such a proposed hearing to effect.


Please contact me at your earliest convenience to clarify the position of the USMCA Working Group regarding the issues we have raised in this intervention.


Free Prior and Informed Consent FPIC

The standard, Free, Prior and Informed Consent (FPIC), as well as Indigenous Peoples’ rights to lands, territories and natural resources are embedded within the universal right to self- determination. The normative framework for FPIC consists of a series of international legal instruments including the United Nations Declaration on the Rights of Indigenous Peoples (UNDRIP), the International Labour Organization Convention 169 (ILO 169), and the Convention on Diversity (CBD), among many others.

FPIC is a specific right that pertains to Indigenous Peoples and is recognized in the UNDRIP. It allows them to give or withhold consent to a project that may affect them or their territories. Once they have given their consent, they can withdraw it at any stage. Furthermore, FPIC enables them to negotiate the conditions under which the project will be designed, implemented, monitored and evaluated.

Consultation is not consent.
Posted by chantlaca at 6:12 PM