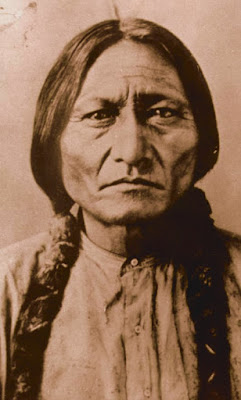 The president of the National Electoral Institute (INE) of Mexico, Lorenzo Córdova Vianello was recently recorded in a telephone conversation speaking in mocking tones of insult and with expressions of blatant racism directed against Indigenous Peoples of Mexico that has brought about a firestorm of rebuke and calls for his resignation.

Indigenous leaders and organizations from all levels have directed the government of Mexico to remove Córdova Vianello from the office which he occupies as the top election official of a supposedly democratic country. 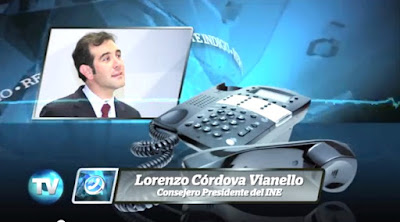 The incident has erupted into an international scandal for the administration of President Enrique Peña Nieto, who as head of the national government apparatus is guilty of collusion and impunity for the international human rights crime of Forced Disappearance perpetrated on September 25-26, 2014 in the state of Guerrero when 43 students were violently abducted by military and police agents of the state in criminal collusion with narco cartels.  The 43 students are still missing today after 8 months with the government of Peña Nieto refusing to allow the Interdiscipilnary Group of Independent Experts of the Inter American Human Rights Commission to investigate and question the personnel at the Batallion 27 compound located in Iguala, Guerrero where the incident occured.

The subject of the case of Ayotzinapa came up in the now public telephone conversation when Córdova Vianello mentioned his having met with the families of the disappeared students in a dismissive tone and attitude.In an audio which was broadcast over YouTube, in translation the voice of Cordova is heard to say:


"There was one of them, I am not kidding, I will not lie, I'll tell you how this bastard spoke," says Cordova, and then begins to mimic with a deep, mocking voice: "I head Great Chichimeca Nation, come Guanajuato. I say here for deputies, Us not allow your elections. "

Cordova then bursts out laughing.

"I do not know if it true that that bastard talks like that, but I am not kidding," insists Cordova in laughing fits as he continues in the mockery: "Or maybe he saw too much Lone Ranger with that bastard bull, no kidding.  'I great Chief Sitting Bull, leader Chichimeca great nation, no kidding, no kidding, it was too much."

Upon becoming aware of the mention of the Lakota Holy Man Sitting Bull by Córdova Vianello, Zumila Wobaga  (Charmaine White Face), Spokesperson of the Sioux Nation Treaty Council made this statement to the media:

"This disrespect by Lorenzo Córdova Vianello of one of our holy men, Sitting Bull, is not going to go unnoticed.  How would Mexico react if we were to be disrespectful to one of their saints?  We demand an apology from Mexico to the Great Sioux Nation for this disrespect shown by their National Election official."

The Sioux Nation Treaty Council was established in 1894 after the Wounded Knee Massacre in South Dakota, where the US 7th Cavalry massacred over 200 Lakota men, women, and children in 1890.  As spokesperson, Zumila Wobaga (Charmaine White Face) will be traveling to the next session of the United Nations Human Rights Council in Geneva, Switzerland this month of June 2015. 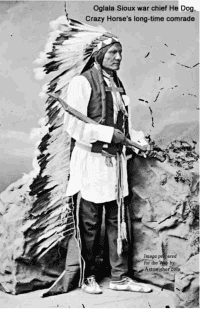 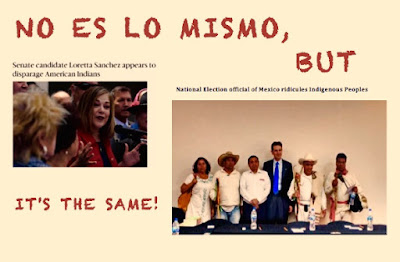 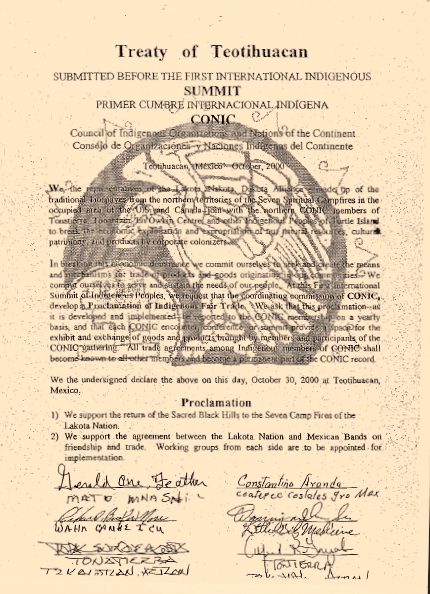 Posted by chantlaca at 1:54 PM