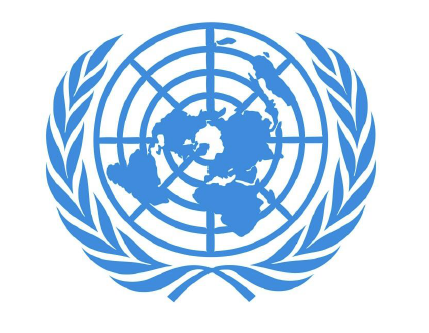 
I refer to the High-Level Plenary meeting of the sixty-ninth session of the General Assembly, to be known as the “World Conference on Indigenous Peoples”, to be held on 22 September 2014, and the afternoon of 23 September 2014.


In this context, I have the honour to bring to your attention the attached draft Outcome Document, which is reflective of written and oral submissions of interested parties to the Informal Consultations of 18 and 19 August in which there was active participation of Member States and Indigenous Peoples.


With the compilation of this draft Outcome Document, I am pleased to inform that the informal consultation phase involving Member States and Indigenous Peoples is now concluded. We have now reached the final phase in the preparation process for the World Conference which is the inter-governmental negotiation among Member States towards the Outcome Document that will be adopted at the World Conference.


The attached Outcome Document will serve as the basis for the inter-governmental negotiations. Informal consultations in this regard will be co-chaired by the Member States Advisers, H.E. Mr. Andrej Logar, Permanent Representative of Slovenia, and H.E. Ms. Marjon Kamara, Permanent Representative of Liberia. These consultations will commence on Wednesday, 3 September, 2014.


I wish to convey our very deepest appreciation and recognition of the constructive and vital role of Indigenous Peoples worldwide, in the shaping of the Outcome Document. The high level of Indigenous Peoples’ representation at the various consultations was a testament to the mobilization which ensued from the various preparatory processes which you organized.


We believe that the current iteration of the Outcome Document, which I have now presented to Member States, addresses the core principles and interests that you have articulated in the consultations. Given the intergovernmental character of the next negotiations, consideration of the Outcome Document will be undertaken by Member States. The document, as presented, enjoys wide support and it is our solemn hope that this last stage will build on your success and contributions.


It is with great pleasure that I look forward to the adoption of the Outcome Document at the World Conference which will, without doubt, prove to be another historic milestone in the United Nations efforts to realize the rights of Indigenous Peoples.


To Representatives of Indigenous Peoples

69/.    Outcome document of the High-level Meeting of the General Assembly: The World Conference on Indigenous Peoples


Outcome document of the High-level Meeting of the General Assembly: The World Conference on Indigenous Peoples


3.     In adopting this outcome document, we reaffirm our commitment to consult and cooperate in good faith with indigenous peoples concerned through their own representative institutions in order to obtain their free, prior and informed consent, prior to the approval of any project affecting their lands, territories and resources  or before adopting and implementing legislative or administrative measures that may affect them.


6.     We encourage those states that have not yet ratified or acceded to the International Labour Organization Indigenous and Tribal Peoples Convention, 1989 (no. 169), to consider doing so; we recall the obligation under the Convention, of ratifying States to develop coordinated and systematic action to protect the rights of indigenous peoples[3].


7.     We reaffirm our commitment to take legislative, policy and administrative measures to achieve the ends of the United Nations Declaration on the Rights of Indigenous Peoples and to promote awareness of it among all sectors of society, especially Members of Parliament, the judiciary and the civil service.


8.     We commit to cooperate with indigenous peoples, through their own representative institutions, to prepare and implement national action plans where relevant, devoted to achieving the ends of the United Nations Declaration on the Rights of Indigenous Peoples.


11.    We commit, with the full, equal and effective participation of Indigenous Peoples, to provide adequate resources that enable the empowerment of Indigenous Peoples to deliver and have access to high quality and culturally based education, health, housing and other economic and social programmes to improve their well-being.


12.    We commit to ensure that indigenous peoples and individuals enjoy the highest attainable standard of physical, mental and spiritual health. We will  improve access to sexual and reproductive health and reduce rates of HIV/AIDS, malaria, and non-communicable diseases, by increasing resources and focusing on prevention. We will also respect indigenous peoples’ traditional health practices, sciences and medicines.


13.    We will support the empowerment and capacity-building of Indigenous youth for participation in decision making processes. We commit to develop, in consultation with indigenous peoples, policies, programmes and resources for indigenous youth that prioritise awareness and understanding of their rights, health, education and transmission of traditional knowledge, languages and practices.


15.    We commit to support the empowerment of indigenous women. We will formulate and implement, in collaboration with indigenous peoples, particularly indigenous women and their organizations, policies and programmes designed to promote capacity-building and strengthen their leadership. We will support measures which will ensure full and effective participation of indigenous women in decision making processes at all levels and in all areas, and eliminate barriers for their participation in political, economic, social and cultural life.


16.    We will increase, as a matter of priority, in cooperation with indigenous peoples, our efforts to prevent and eliminate all forms of violence and discrimination against indigenous peoples and individuals, in particular, violence against women, youth and children, by strengthening legal, policy and institutional frameworks.


18.    We commit to address the impact or potential impact of major development projects, including extractive industries, on indigenous peoples and to ensure transparency and benefit sharing. The rights of indigenous peoples regarding development of lands, territories and resources, will be incorporated into law, policies and practice.


20.    We commit to give effect to indigenous peoples’ right to their religious and cultural sites, as well as call upon all states to provide access to and repatriation of their ceremonial objects and human remains. We shall establish fair, transparent and effective mechanisms for access and repatriation at national and international levels in conjunction with indigenous peoples concerned.


23.    We invite Human Rights Treaty bodies to consider the United Nations Declaration on the Rights of Indigenous Peoples in accordance with their existing mandates. We commit to include information regarding the implementation of the United Nations Declaration on Indigenous Peoples in our reports to Human Rights Treaty bodies, and in Universal Periodic Review procedures.


24.    We welcome the increasingly important role of national human rights institutions[4], as well as regional human rights institutions in contributing to the achievement of the ends of the Declaration on the Rights of Indigenous Peoples. We will encourage the private sector, civil society, and academia to take an active role in respecting, promoting and protecting the rights of indigenous peoples.


25.    We request the Secretary-General, in consultation and cooperation with indigenous peoples and Member States, to develop a System-wide Action Plan within existing resources, to ensure a coherent approach to the full realization of the provisions of United Nations Declaration on the Rights of Indigenous Peoples.


26.    We invite the Secretary General, in light of the need for increased awareness of the rights of indigenous peoples, to give consideration to the appointment of a United Nations official at the highest possible level.


27.    We invite the Human Rights Council to consider examining the causes and consequences of violence against indigenous women and girls, in consultation with the Special Rapporteur on Violence Against Women and other Special Procedures. We also request the Economic and Social Council to call on the Commission on the Status of Women to decide at its 59th session that “the empowerment of indigenous women” will be a priority theme at a future session.


28.    Building on the report of the Secretary-General on ways and means of promoting participation at the United Nations of indigenous peoples’ representatives on the issues affecting them[5], we request the Secretary-General to present concrete proposals to the 70th Session of the General Assembly that enable the direct participation of indigenous peoples’ and their representative institutions at the United Nations.


29.    We invite the Economic and Social Council to organize a high-level panel discussion in conjunction with indigenous peoples, during its Coordination and Management meetings to review the policies and procedures on indigenous peoples within ECOSOC subsidiary bodies.


30.    We commit to respect the contributions of indigenous peoples to ecosystem management and sustainable development. This includes knowledge generated through experience in hunting, gathering, fishing, pastoralism and agriculture, as well as their sciences, technologies and cultures.


31.    We confirm that indigenous peoples’ knowledge and strategies to sustain their environment will be respected and utilized when we develop national and international policies, standards and measures on climate change mitigation and adaptation.


32.    We resolve to give due consideration to the rights of indigenous peoples in the process of elaborating the post-2015 development agenda and to mainstream the promotion and protection of their cultures and rights into the development agenda at the national, regional and international levels.


34.    We request the Secretary-General to include a specific focus on indigenous peoples in the final report[6] on the achievement of the millennium development goals.


35.    We request the Secretary-General, in coordination with relevant United Nations system entities, to report on progress to the 71st session of the General Assembly and make recommendations, as appropriate, for further concrete steps to implement this outcome document.


36.    We request the Secretary-General to revert on the financial implications, if any, at the sixty-ninth session of the United Nations General Assembly.

Posted by chantlaca at 3:28 PM