OAS: Declaration on the Limitations of the Rights of Indigenous Peoples 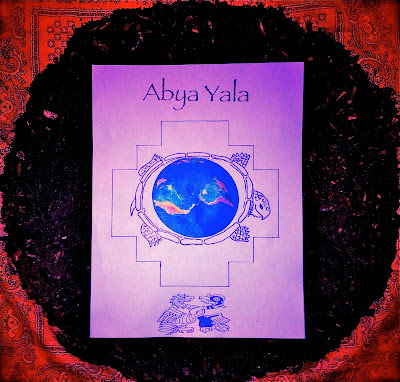 The debate at the Organization of American States is at a critical moment regarding the OAS Declaration on the Rights of Indigenous Peoples.


By way of reports we are receiving from the procedures in Washington, DC there is serious concern that the States of the Americas are attempting to construct a CONTINENTAL RESERVATION SYSTEM under the management of the OAS member states in order to subscribe the inherent, inalienable, ancestral rights of our Original Nations within the parameters of a declaration that reduces our issues to a domestic matter for each country of the [Americas]. Our extra-constitutional rights as nations, and confederations of nations that predate the imposition of the American states and their assemblies as colonies, provinces, states or regional organizations such as the OAS are completely ignored, and absent from consideration. 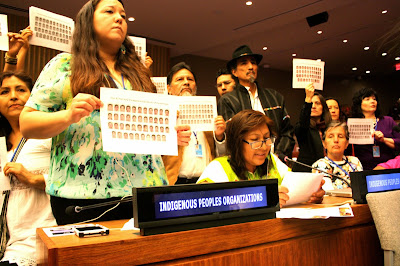 The debate between the Original Nations of the Great Turtle Island Abya Yala and [OAS Successor States of the Doctrine of Discovery], represents yet another phase of the struggle of 522 years in defense of the our right of self-determination as Original Nations of Indigenous Peoples.  The forum in Washington, DC is controlled by state interests, and is characterized by the lack Free, Prior, and Informed consent of Indigenous Peoples, with collusion of certain indigenous organizations that lend themselves to the charade.

What are the principles and criteria that should define this debate?

Is it acceptable for the Human and Territorial Rights of Indigenous Peoples of the Great Turtle Island Abya Yala to be reduced to a process that does not affirm our collective right at the continental level to self-determination as Peoples, "Equal to all other peoples..."

What is our collective position at the continental level of the Great Turtle Island Abya Yala? (Clarification: We do not accept the narrative of Latino elites who would would disfigure the name of Abya Yala to mean is those regions controlled as Latin America under the ongoing construction of a Latin American constituency. For Indigenous Peoples, the term Latin America is white supremacy concept, an invention of the French Imperialist colonizers - Paris 1853.)

What is the position of the OAS respect the international call for the Dismantling of the Doctrine of Discovery? 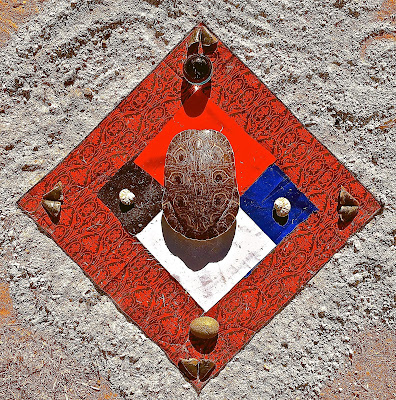 DISMANTLING the DOCTRINE of DISCOVERY